A number of health conditions have become a widespread concern in this country. While there are plenty of FDA-approved drugs and medicine as remedies for these diseases, many are turning to the natural and therapeutic relief that medical cannabis potentially provides.

Parkinson’s disease (PD) is known to affect one to two people per 1,000 individuals per year. This disease is typically more common with older age, increasing the estimated number of patients to 9 million by the year 2030.

Continue reading to learn why many patients have turned to cannabis for relief from Parkinson’s disease, and how the science of THC has been shown to help manage its symptoms.

What is Parkinson’s Disease?

Parkinson’s disease is a severe disorder that affects the brain, nerves,  and overall nervous system. Also known to be a progressive disorder, symptoms of Parkinson’s Disease start out slowly and gradually affect more areas of the body over time.

With Parkinson’s disease, neurons and nerve cells in the brain begin to slowly break down and die. Many neurons lost during the process of this disease decrease the production and levels of the chemical dopamine in the brain. The direct result of this decrease in dopamine leads to impaired movement and irregular brain activity.

The main cause of this disease is not completely known by scientists or doctors, but over time there have been a few causes that seem responsible for the progression of Parkinson’s.

Hereditary genetics: Those who have a family health history of Parkinson’s disease are at more risk of being affected.

Many affected by this disease experience symptoms that are debilitating and challenging in their every day life. These symptoms can include:

Due to recent discoveries and studies surrounding cannabis-derived cannabinoids and the human body’s endocannabinoid system, research suggests that cannabis may have a positive influence and relief for patients experiencing Parkinson’s disease.

For instance, when THC is consumed in cannabis, this cannabinoid binds with our CB1 and CB2 receptors to send appropriate signals and messages to the brain and throughout the body.

For patients who experience these severe PD symptoms, THC binds to endocannabinoid receptors and cells to alleviate signals or symptoms of pain, trembling, and nerve responses often triggered by this disease.

This scientific information has led to clinical studies and trials that examine the medicinal benefits of cannabis for Parkinson’s disease treatment.

A 2017 study published by the Journal of Parkinson’s Disease found medical cannabis to be a source of therapeutic relief for patients experiencing severe symptoms of the disease. Of the nearly 2,000 patients who participated in this trial, 54% of patients reported some sort of medical benefit from the use of cannabis.

At Highgrade Labs, we fully support the use of medicinal cannabis for patients who experience debilitating pain and progressive diseases such as Parkinson’s.

Our team of lab scientists and experts are deeply dedicated to accurately testing cannabis flower and products — to ensure the safety and ongoing wellness of medical marijuana patients.

Stay tuned for more cannabis education and information from Highgrade Labs on our Instagram page!

*Always consult a physician before making any changes to your health or fitness regimen.*

Highgrade Labs is an ISO-accredited, multi-state cannabis testing laboratory. Our team of professionals use state-of-the-art technology to generate accurate results quickly and consistently. 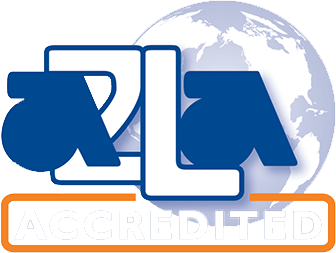 Stay in the loop with Highgrade Labs!